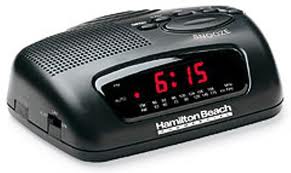 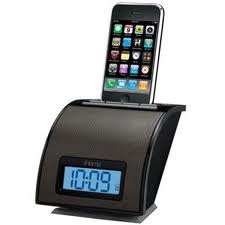 I had the same clock radio beside my bed for close to 20 years.... the time was lit but not too bright, the alarm was simple and it worked.  1+ years ago I knocked over my water and it killed the clock... I was in a quandary with so much technology what do I buy.    I bought and returned so many iHome products I went crazy...either too bright, too big, did not hold my phone, did not charge my phone....and finally I found one I liked and I upgraded to the iPhone5, back to will not hold or charge my phone.  So  I gave to my kids and decided I don't need a clock.  I wear a watch 24-7- a nice running watch with an ez button to see the time.  But really I like to just roll over and see the clock vs pushing a button.  And my favorite watch (Suunto) died again- favorite for look and style not favorite for quality.  I started using a another watch and the buttons are so hard to push I get finger cramps.  And the alarm is a mild buzz and if my hand/watch is under the covers forget it.

99% of the time I wake up before my alarm...but I have taken on some early AM coaching commitments and cannot be late.  I realize I wake up periodically worried I wont wake up.  So then I tried just plugging in my iPhone but in order to hear the alarm the volume has to be on and my phone is very busy at night ( I know I can turn of notifications, but I like them during the day and changing them each AM and PM does not work)  So this has become a minor annoyance.

I tried my iPad, but there is no clock on it.....so I have downloaded 3 or 4 alarm clock apps...the free ones have ad's and I don't want to pay for the $4-7 one and not like it.   I downloaded one that supposedly tracks my sleep movements. It says to lay the iPad face down on the bed. That would be fun to track with Mako in bed who is up and down and all around- and the iPad has to be plugged in, knowing me I would get the cord wrapped around my neck. 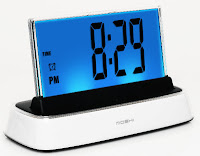 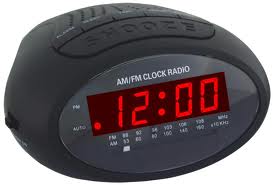 After a recent business trip I realized how much I miss a clock.... so I went to buy what I used to have and then pondered do I need the radio, no I just need the clock. I wanted newer technology so I got the all digital hi-tech one and it was a glowing nightlight in my face. I paid extra $ for black out bamboo blinds and now I have a searchlight in my face.  So I not have a simple alarm clock- no radio and I woke up less times last night - knowing that my alarm would go off as planned- 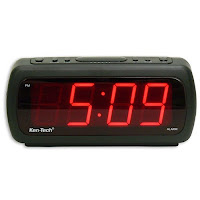