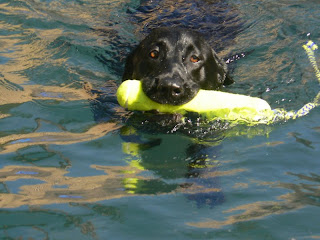 I have all kinds of fun training stories but really what is dominating my thoughts most days and nights is my favorite dog in the whole world - Rocky! (sorry Zen)
After my divorce I decided I wanted a dog and wrestled with the decision for some time- time committment., so much work etc... but finally decided it was time. I wanted a lab and then wrestled with the buying a dog when there are so many dogs abandoned and sitting in shelters. I perused all the shelters in hopes of finding a lab puppy only to learn that it is highly unlikely a purebred lab puppy will land in a shelter.
I made friends with Lab Rescue and also learned they rarely get puppies....its when the dogs are not so cute, destructive or old. I was on the list for a younger dog and we waited. I got a call about a chocolate lab named Brownie in Riverside who was 10 months old. The kids and I piled in the jeep and drove up to meet the "pup." He was 90 lbs and a ball of energy...he bounded out and licked the kids to death. He was cute and lovable and I ignored the little voice in my head. We piled him in the jeep and within minutes he was on my lap....90 lbs and I am on the 15 heading south. I pull over and settle him down and within a minute he is crushing me again. I finally had to secure his leash to the roll bar of the jeep to keep him in his spot.
We stop at Petco and I cannot control him in the store- he is pulling and leading us all over. It is all I can to to pull him off the buffet of dog treats. Mind you, I have a 5 and 7 year old with me as well. We finally get home and he walks me. After the walk he finds a new game and that is agressivly humping JD, who finds this hysterical. Time and time again...not so much what I imagined. When he leapt in bed with me, hunkered down and dragged off all the covers when I removed him realized we had a problem. It was a long night....and a short morning of agressive humping, him eating everthing in sight and me not able to control the dog.
That little voice is now screaming at the top of it's lungs.... BAD IDEA. I try to explain to the kids and they don't understand but I drop them at a friends and reharness Brownie to the roll bar and call Lab Rescue. Okay I had alreadly left her a message at 2am....I made a big mistake. So back to Riverside we go and Brownie is returned.
I tell the lady I reallly need to re-think this whole adoption idea and she understands but then says in a little voice..."see there is this one dog that just came in and I really, really think you should meet him." No, no, no.....she convinces me. Now the day before when we met Brownie he bowled us over and I am prepared for the same. Out she brings Rocky on a leash walking next to her and he is beatiful. I am sitting on the grass and he comes over and licks my face and mangges to sit in my lap and lean his head on my shoulder. 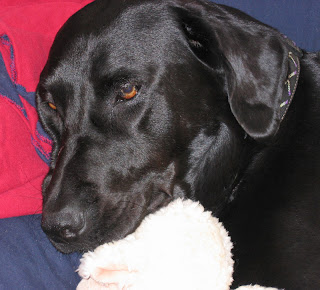 It was love at first sight for both of us. He looked at me with his big brown eyes....pleading to not be left at the shelter. Off we go and he jumps in and lays down and only wants to be close to me but not jumping on me. We stop for gas in a less than desirable spot and a "local" saunters over and starts chatting it up with me. I am uncomfortable and before I can look around Rocky is on his feet barking full boar at this guy. He apprears to be an attack dog. The guy takes off saying holy shit.....I get in the car and Rocky leans over and gives me a big lick.
That was the beginning.....The vet said he was anywhere from 1-4 years old and this was in Feb 2002. He did not leave my side for weeks, months, years.... 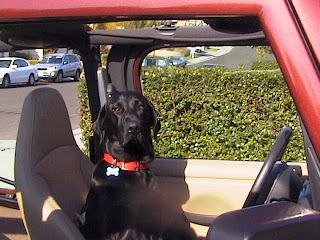 He was so loyal and dependant that he went nuts when he was left alone. Barking, crying, destroying, breaking out...you name it. He basically lived in my car where he felt safe. I remember going on business appointments and leaving 30 minutes early to ensure I found a parking space in the shade for him. Everyone knew Rocky. The most perfect dog as long as he was not alone.
When he was alone
- chewed the couch
- ate $400 worth of shoes
- raided every trash can in the house and dragged it all over the house
- scratched the door
- barked until neighbors complained
- escaped whenever possible
-and the list goes on
We built him a dog run...he broke out in 1 hour (after an entire weekend of working, nailing, pouring concrete, installing a gate. He was out in a flash. 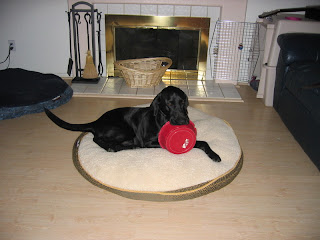 We fixed all the holes and made the yard inescapable. Installed a wonderful dog door and he jumped the 5ft fence in 2 minutes.
We "invested" in an electronic fence. He tested it, got shocked, tested it, got shocked and the blasted through the shock zone and was free.
Finally we crate trained in and it worked.
1- I could leave the house and not come home to a disaster
2- no barking or whining
3- he no longer lived in my car
It was perfect....as long as we remembered to lock him up. If not , he was up to his old destructive habits.
Eating....the dog lives to eat and binge. A few hightlights
- 2 cases of power bars + wrappers
- 1 lb butter on Thansgiving day ( we did a long, long trail run the next day with many stops)
- 1+ lb of uncooked rice...that was interesting
- case of Harry and David Christmas Pears- once he ate all he could he buried the rest in the back yard and about a week later cruises upstairs with a rotten, mud covered pear
- the day he got into the 20lb bag of food and ate at least 10...he had to lay down on his side, all legs outstrtched for a few days because he was so fat. Looked like a pregnant cow. 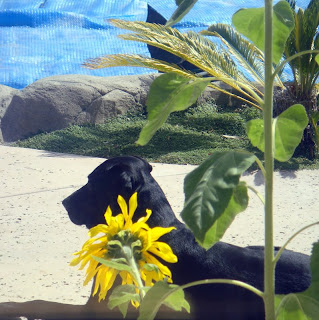 Running....he was the best running partner I ever had (sorry to all my other running buddies) He never complained about the route, he stayed by my side and was always ready to go. Even a year ago when he could no longer run, he would eagerly jump up and want to go, I would have to sneak out the back door with Zen, keep my running shoes out of sight and when we come home he looks dejected. When we would walk with Rocky and then drop him off he would sit in the street and refuse to go in the house...well until we offered a treat. 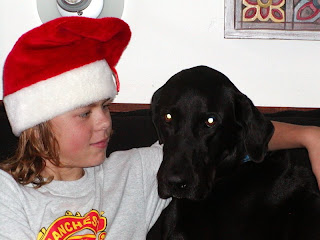 The Hunter...Rocky has caught birds, including a crow one time, a sparrow he lept in the air to snag and then charged up the stairs and woofed him down only to have a leg hanging on his lip, lizards- but spits them out, nasty taste, a large toad- rejected that as well, too many rabbits to count- John even brought one home and cooked it up for him, field rats, gopher.
Accidents....it is no wonder at 11-14 (not sure of his actual age) that his body is shutting down, the dog has been hit by a car, bit by a rattlesnake, eaten rat poison, had 2 tumors removed, torn open his paw exposing a tendon.....and then all the random food he eats on the trails and on walks. At one point we called him $5K but in reality it is probably more like $10K. But for all he has given us.....well worth the money spent.
The stories could go on and on....when he escaped out of John's car (2 weeks after we met) and John nearly got arrested trying to find him. John was cruising the neighborhood in his van asking kids if they had seen his dog and someone called the cops. The many friends he made at dog beach...Rocky would fall in love every time he went- he was not picky, male or female and he was a magnet to the dog. He is a mama's dog indeed- at our unofficial dog park on our street if I was petting another dog his radar went up and he was by my side knocking the other dog away. Loyal indeed! And poor Zen...the motto is for Rocky "whats mine is mine and what's yours is mine" Zen does have is own beds, Rocky chooses and Zen takes what is left. Sometimes Rocky stares Zen down off the bed.
We love the guy but love is not enough... his spine is fused- 3 disks due to arthritis so he cannot bend the spine. So he has not been able to get in the car for over 6 months, the same car he used to live in. He has struggled on stairs and finally quit coming up after falling down too many times to count. So that leaves him sleeping downstairs alone- this from the dog that would follow me me everywhere all day...for fear of being alone. His vision was deteriorating and now is gone, he can see shadows in the daytime. He has lost control of his back legs, they give out and he falls. Until last week he could pull himself up but many times he now needs help or just lays there. There is more....but the reality is his body is shutting down and we are faced with the toughest decision we have ever had. 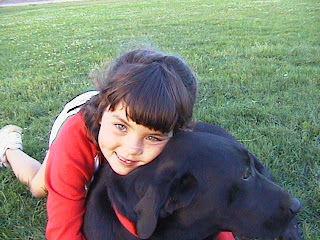 What a blessed life I lead...never lost a loved one (I was very young when my Grandparents went), the men in my life have always treated me well, never been harmed physically by anyone and the pets we had as a child died or went away when I was young with the exception of our golden retriever but he was not my dog and she ran away so many times that when she did not come back it was not devastating.
This is debilitating...I recognize he is a dog but he means the world to us. We have consulted with the vet, dog trainers, read online until 2am and now we know he is counting on us to help him. Everyone I talk to who has been faced with a similar situation says you will know when it is time. We discuss this every night as a family and through many tears and hugs we know it is his time. We owe it to Rocky....he deserves to have dignity and not be in pain.
Hamburgers for dinner! Rocky ate them with a bit of a struggle and Zen was thrilled.
We love you Rocky......we have made special arrangements for tomorrow night. Until then we are rallying around the pup we all love. 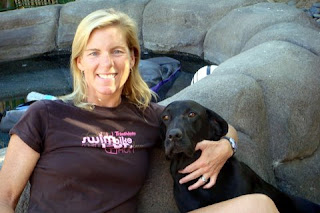