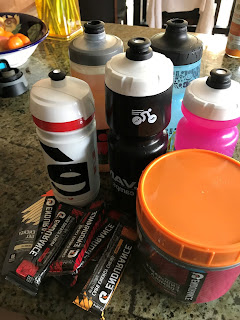 One of my (main) goals for 2018 is to figure out what the fuck happens to me my nutrition in Ironman and 70.3’s which have been hit or miss.

I have had LOTS of advice on how to tackle this dilemma : drink more, drink less, do all fluids, take solids, more salt, less salt and for 7 times on that f’cking hot humid island I have either puked, hit 10 port potties, cramped beyond belief or or had diarrhea while puking, lost 11lbs and passed out, gained weight and walked like a salt stuffed pig....clearly the formula is not working,.

After Kona 2017 Jeff  Rothschild Eat Sleep Fit reached out to me with a really nice email but the gist of it was “what the hell are you doing?  With your current plan I’m amazed you even finished”  Trust me he said nothing like that, was very complimentary  and polite but he did offer up a few bits of advice that peaked my interest  and the  message was clear,  YOU NEED HELP!

He did a nice consultative call and I was impressed with what he had to say. His approach was more inclusive- race week eating, priming the gut, low fodmap diet to reduce any GI distress and pure carbs approach on race day – no fat, no protein, no nuts, no dates and there was no "magic formula" but he had some ideas so I hired him.

Oceanside was not a hot race so I have not tested it 100% nor is it an Ironman, But this was the first race in 2 years I did not take an Imodium pre race nor during the run and I did not have any GI distress.  Generally in a 70.3 the last few miles are touch and go as to what my gut will do – no problem.   And I had no issues race morning !

I gave this fueling plan a go in training on some key workouts and on a race sim just to be sure the Gatorade endurance + Gatorade carb chews would work and it had, I logged some great training sessions with this approach.

This is as far from keto as you can get, which for anyone who know me knows I do not support for maximum performance in endurance racing.  Can your body burn fat for fuel yes!  Does it make you faster in any even other than a zone 2 event NO.

The Friday before the race I had white rice + coconut oil for breakfast,  baked potato, more rice + avocado,  rice chips, a few bananas, more rice and dark chocolate.  You get the picture.  Thursday was similar but add sweet potato, salmon, spinach (low fodmap vegetable), grapes and gluten free pancakes.   This is far from my every day diet which is more green and very little white.    Add some prebiotics, probiotics,  25mg glutamine, beet elite and it all seemed to work !  I ate a low fodmap diet all week to keep my gut happy.

I had a detailed run plan that counted on Cliff Shot Blocks which have generally been on the course, but were not in Oceanside.  The plan was 1 block per mile (8 min) I had 3 to start with but was out of luck after that so went with Gatorade every aid station, 900 mg salt stick + mile 7 and then coke.  Not 100% sure of the #’s on the run but I felt well fueled. Maybe a tad dehydrated but nothing that was debilitating.

So I am encouraged…. Hoping that Wildfower is hot, yes I really said that, so I can test this out in the heat.  The true test will not be until Ironman but I am working on some other factors there- core body temperature, cooling of the body, how best my core is cooled…so if you see me with an in the ear thermometer you will now I am testing my core temp.  More on that later but keeping my core temp down maybe the other piece ot hot racing, along with some good heat acclimation.

I have some tools in my arsenal so I am encouraged! 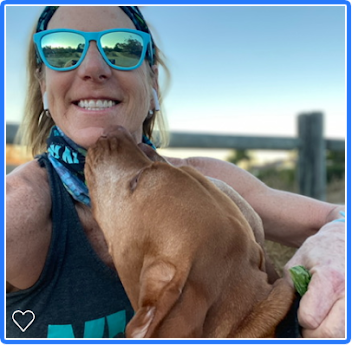