Riding what "everyone" else is riding 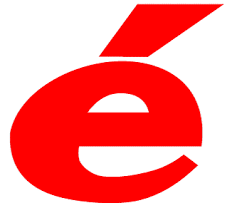 2 years ago I switched bikes from Felt to Cervelo...now part of that decision was driven by sponsorship but I had a choice among a few bikes.   I remember when I was deciding and chatting with a few people, I frequently heard "don't go with Cervelo, everyone has one."   Around that time I was here in Kona and I had minor bike issue that needed working out.  Felt was no where on this Island thus I was forced to go to the "Ironman" bike shop, wait in line, leave my bike and pay for the service.  I recall watching by the giant Cervelo set up and seeing 4 techs there cranking out tune ups and service on a Cervelo.  I was jealous.  I than recalled seeing them at many NA Ironman races and took that into consideration.

Today I was glad I own a Cervelo. Again some minor issue needed addressing and I rolled up, filled out a "VIP" ticket and 90 min later my issue was fixed and they had done a once over to make sure everything is in working order.  While I had a full tune up from my trusty mechanic at Nytro prior to leaving, my bike was on a plane and I have seen those bikes tossed around.  It is a piece of mind, knowing all is well! 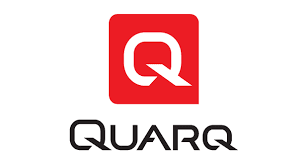 I have used  Quarq power meter for 6+ years now and love them.  Again, it is a popular PM and not the newest, flashiest etc but it works! I was sold on the Stages when I bought this bike and it was nothing but problems. Not only did it scratch my bike, it dropped power, was inconsistent and the customer service was not all the helpful.  I eventually returned it and went back to Quarq.   Sometime between my last ride in San Diego, in pouring rain, travel and some work on my bike, my power was not reading.   I though it was okay when I rode Sunday but later realized I had picked up Sarah's PM and was recording her power- that is a whole other story as she is much smaller than me, thus power is much lower, so I was freaking out that I had lost all my fitness.... OMG- only to realized it was NOT my power.     (can we say Ironman brain)

John called customer service and they were extremely helpful and once she realized where we were suggested we go to the Quarq tent when they opened.  I may have been a bit hysterical when I got there and the tech says "are you Julie?"  had all the info, the asked me to leave my bike and after some troubleshooting and realizing it needed a firmware update and  they did not have the right tool, instead replaced it with a new power meter.  When Rory called me he says " we are not taking any chances in Kona"  DONE!  Customer for life!   I've had athletes I coach have issues with Stages and  Garmin Vector and maybe they have worked them out- not sure, but I am sure Quarq works and stands behind their product. AND they are in Kona!