And just like that the race season is underway.  No my run is not where I want it, my bike is close and my swim is just fine.  If I waited for the perfect fitness to race...well let's just say that maybe never.  So sometimes you need to commit, race and see what happens.

Due to travel, timing and logistics the LA Tri Series Championship Race #1 aligned with my schedule.  This takes place in Bonelli Park aka San Dimas CA.  The distances could not have been worse for me, a 500M swim (which was really 675M),  14 mile bike and 5 mile run.  A run heavy race...but alas, it is a race. 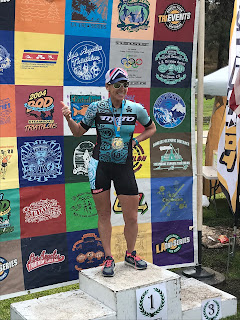 I drove up in pouring rain to the lovely spot of Covina and stayed with Alex at the fine Holiday Inn, which was actually clean and quite comfortable and darn affordable.  We had a nice dinner with her parents, here from Germany. We tried BJ's, never been, but apparently I should try it as there was an 1:15 wait- seriously... so landed at Islands- quick, decent and close to the hotel.   Woke up to drizzle and wondered if it maybe a wet day, but the weather gods aligned and it was overcast and partial clearing.

Luckily Alex was just as happy to turn the light out at 8, after all we had to account for Daylight Savings, and the alarm was going off 4:45.   Holiday Inn coffee is not Peet's but did the job - caffeine and starting the day.  As we were ready and eager not we rolled out around 6:15 and were there to pick up packets at 6:30.  No pre race packet pick up, thank you!.  So it was race day stickers, bibs etc- quite easy.

I was lazy and did not put on my race wheels, okay not lazy but more logistics.  I am heading to Solvang to play work very hard next week triathloning and my car was packed for 6 days of camp, 1 day of "real work" which means dress clothes and shoes + race bag and well the race wheels just seemed to much or maybe I was lazy.   I changed my cassette not lazy for camp and had not taken a spin more bad race prep.   But I did decide to do so at the race site and I pressed Di2 - nothing, again noting- OMG, I was not lazy and had charged my Di2 or apparently I had attached the cord and plugged it in and then either had a faulty outlet or who knows.   So now I have a 100% dead battery.  Minor panic. Okay I had my charging cord, not lazy, and turns out it would charge form the USB in the car.   So in 15 min I had 30% which was plenty for the race.

I was a bit rattled for sure but faked it sort of that I was not.

Race was uneventful, not really, it was eventful and painful.- but that is racing.  Racing = Pain  Swim was cold and I was anaerobic immediately as the 30yo speedster sprinted out of my sight.  Shit!  I swim hard and the ran up the long bit hill to T1.  I had practiced my transitions on Thursday so it was "respectable"  - only 2 women transitioned faster and they are both 30 so they move faster and bending over is easier ;)  Welcome to being 52- age is an excuse for EVERYTHING!

Bike  plan was go hard the whole time. My legs were tired and a bit sore, I was hoping lap 2 would be better since I would be warmed up, but it was not, seems I was tired or sore or old.

Run- I have been running, reasonably, well on tired legs.  Not so much today. The course was hillier than I thought and when the pace was not there I shifted my focus to keep my cadence up and get re-acquainted with suffering, its what racing is all out.  When the 3rd place, another 30yo, passed me I tried to go with her and oof that mile hurt, but hey I tried.   Another reason to race is to suffer- whether it is a PR or a shitty race, it hurts a lot!

All in all-  a podium finish is a good day!  But even better was racing along side 2 of my athletes, Alex and Alexis!  It's about as good as it gets to hang out, race and celebrate their podium finishes in person. 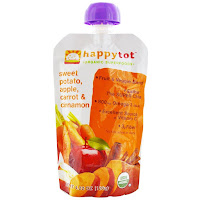 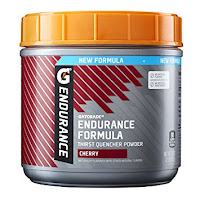 Looking back I was definitely under fueled.  360 calorie breakfast of baby food pouches ( I did not know we had a fridge and microwave so this made sense)  and 120 calories Gatorade Endurance was not enough for the entire race.  I WISH I had grabbed a Gatorade Endurance Gel for the run, but well , again why we race early in the season!

I love coaching, love my athletes and life is pretty darn good right now!  The cobwebs are off!

and BTW first time racing in a "onesie"  LOVE LOVE it- Betty Designs of course!  Comfortable, aero and no chafing