We started out with the idea of renting bikes and exploring the Mekong Trail. Out hotel is not in town and after nearly an hour of getting lost we found the Bungalow for a delightful breakfast. The idea of riding bikes lost its lure due to the heat and dust. We are in a remote part of a 3rd world country... Paved roads are at a minimum and it is chaos. We saw a sign for the Cambodia Rural Development Tours advertising kayak tours and freshwater dolphin sightings. We were in! Office moved and there was a map, sort of, and off we went. 1 hour later and waking up and down dusty roads we were discouraged. No one speaks English .. We came upon a German couple and had great optimism but soon learned they were looking for the same office.
We gave up and decided to rent bikes to get back to the hotel and regroup.

Feeling discouraged we trudged along and came upon Red Sun Falling, a restaurant I recognized from lonely planet, and I spied what looked like an American behind the bar. Thank you Joe from Chicago! English speaking and soon we had bus tickets for tomorrow and a plan for today.

Off on the Tuk Tuk we headed to Sambok Meditation Retreat for an amazing view atop a hill. Buddha statues aligning the stairs and lush greenery about. Other than the Monks it was only us. Truly amazing.

Onto the Mekong River to see endangered fresh water dolphins. The road was paved, sort of, and lined with houses of all sizes on stilts. All wood, no running water and no electricity. A few had generators but not many. Little stands along the road selling food, drinks etc.

We climbed in a on old boat and floated about and soon saw the peaceful dolphins. Rounded noses and round tails. They look like a baby beluga whale. We cut the 60 min boat ride to 30 due to sheer boredom. While there is little English it is amazing how good we are at charades.

Next stop the Rapids. Again we are the only people there other than 50+ workers building thatched roofed huts among the rapids. This will be a tourist spot in the future but for now... It was great - we swam and enjoyed and paid the $1 for the fun.

The Cambodians are hard working. They want to build the tourism in the northeast, where we are. It is exciting to be here before it is developed. Yes it is dusty and chaotic but fun to be he only Americans. We have seen a few Europeans but not many.

We missed John today... Poor guy got food poisoning last night. He seems better this evening. Hope he can join us for dinner. The kids are adventurous eaters, buying hot bread on the street cooled over coals by a woman without teeth. 3 for $1 and they were to die for... Sweet and eggy. They order Cambodian breakfast which is noodles, meat of some kind, bok Choy and veggies all fried up. I stick with eggs and coffee but for lunch has the hot fish soil- hot in temperature and spicy. Delicious! Enjoying dark Angor beer for .75 cents a bottle and whole coconuts opened up for the water. Good stuff.

Still no formal exercise but lots of walking and tons of fun... As we planned!!! 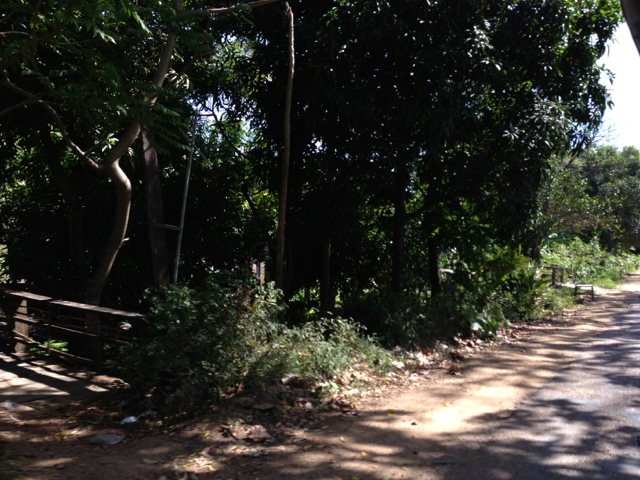 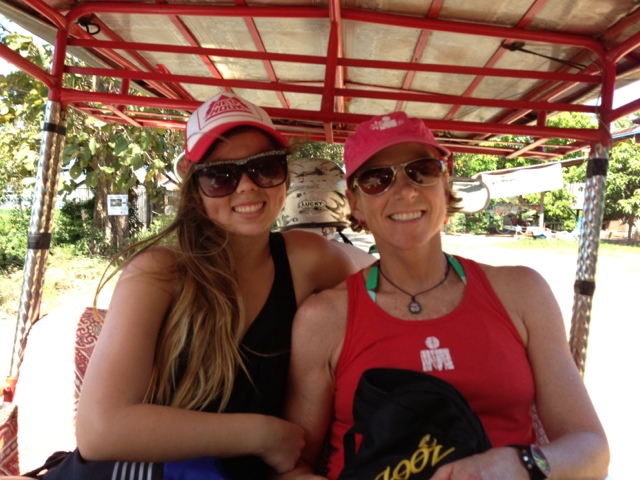 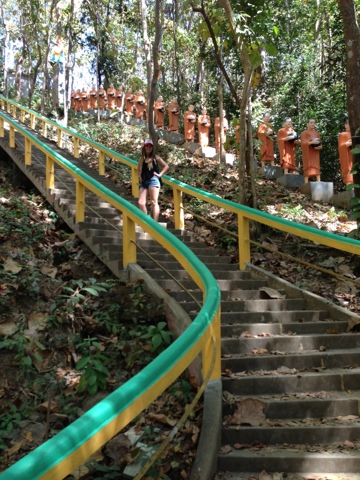 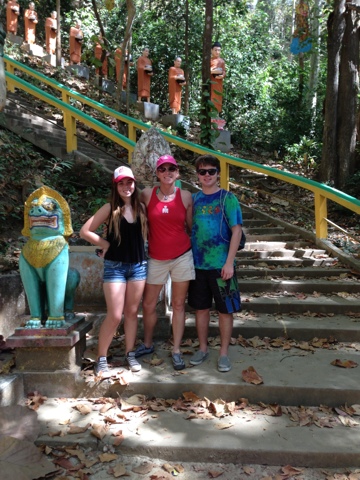 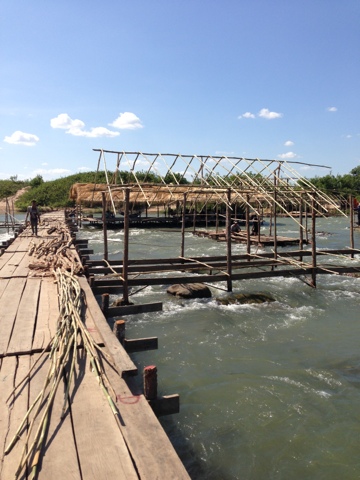 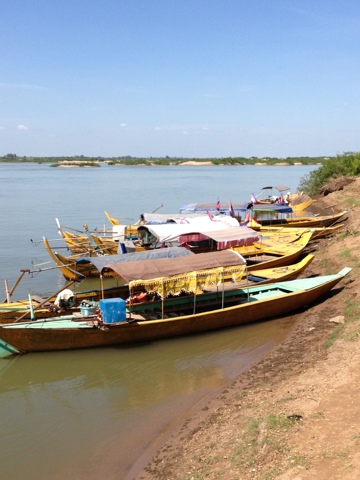 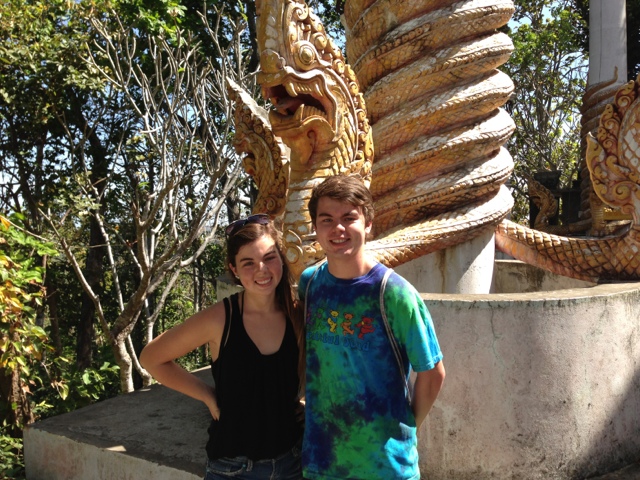 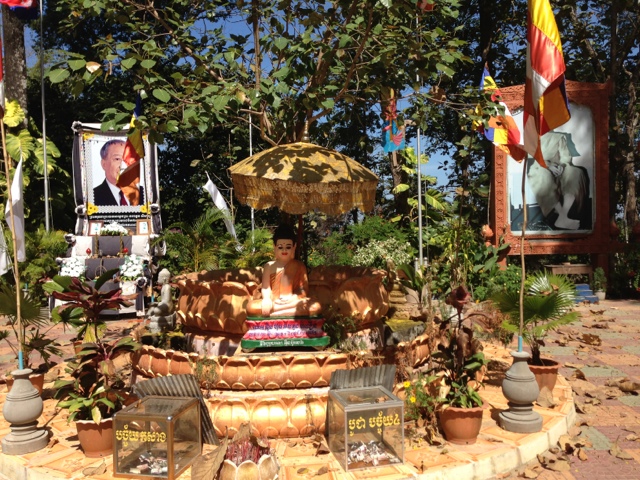