So we caved and hired a driver for the day to show us around Banlung. We could not risk 12 people in a car made for 6.... D is his name, nice young local guy with a Mitsubishi Montero.

We started at the Treetop, a very cool spot among the treetops is you can imagine that. Bungalows on the hillside and in the trees - Swiss Family Robinson style. Very romantic and sounds fun but we opted for comfort and AC where Mosquitos nets not necessary. But it was great for breakfast. Cambodia has a lot of eggs so they are always in the breakfast menu. Traditional cambodian breakfast tastes like l the other meals here- combo of noodles or rice and veggies + meat. Sauce is hot and sour or Thai like. So for breakfast I do eggs. JD had pancakes of a sort and R baguette and Nutella (again something different). John eggs and rice. Coffee is strong, really strong and comes with condensed milk - no regular milk, that we have seen. So breakfast for 4, lots of coffee and tea $11.

Next stop KaChanh waterfall- racket, 2000 Real p/person (.50 cents) and all we did was walk around and look - no swimming. 4-5 yo kid collecting $, no one else there. Good support of local economy.

Next Katieng waterfall. $4 entry for the car. Massive waterfall and we could swim. Few other locals ( who pay .25 cents) but we were the only ones swimming. And the local taking pictures of us swimming.

Onto Yaklom Crater Lake $6 for the car and beautiful clear lake. Really deep and warm. 800 meters across.. So wishing I had goggles. We were again the only swimmers, other than a young German working for at NGO who made fringes with Riley in the middle of the lake. Few locals bathing and others taking photos of the white people swimming. Few Thai energy drinks and we are off!

Last stop 7 falls... Locals only and it was sad, there was trash all over and beer bottles and cans. The water falls were beautiful but the water was muddy and many locals bathing so we opted to hike around and watch 2 guys and girls of teenage age walking down the wet slippery falls fully clothed. Amazing no one fell. Cambodians do not swim much, from what we have seen, but if they so they swim fully clothed.

We had considered renting mtn bikes to see all thee places... But declined after reading that that was newly impossible. And true indeed- no paved roads but lots of motos and a few cars so lots of dust, few signs and if there is one it is mostly likely covered in red dirt. We see so much of the rainforest that has been clear cut and replaced with rubber trees- mostly owned by the Chinese. It is really sad to see so many hill sides slaughtered.

Finally lunch on the mountain top and it was tradional Cambodian fare with a twist... John has befriended our young driver and they are discussing everything from smart development to how to build efficient bicycle. D's English is remarkably good. Now time to rest... We are on vacation right. Meanwhile John is negotiating the use of a moto to talk with a "guy" about private transport tomorrow to Sen Monorom where we over overnight at the Nature Lodge and leave Jan 1 for 2 nights at the Elephant Valley Project. The owner is a Brit on a mission to improve the life of working elephants in the province. He pays locals to bring their working elephants to the project so they can retire and live as an elephant should. The elephants spend their days blasting through the forest and living as they do naturally. We will go for 2 days and stay in bungalows and live with the herd. 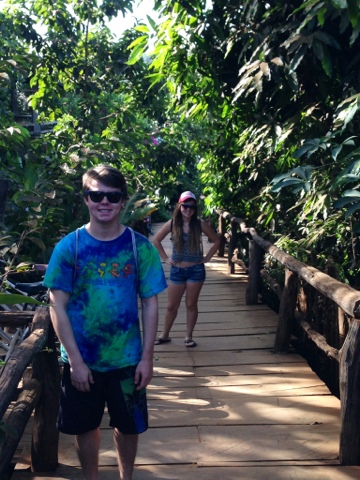 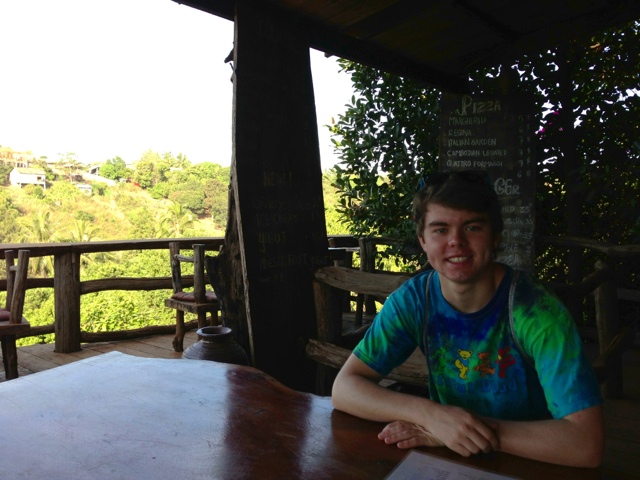 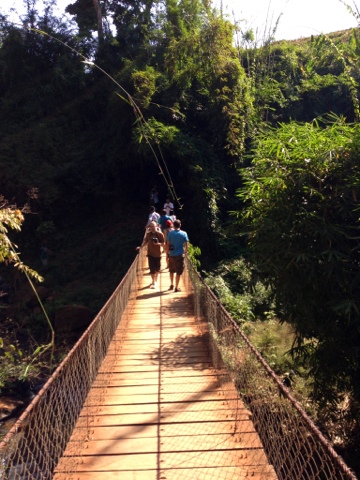 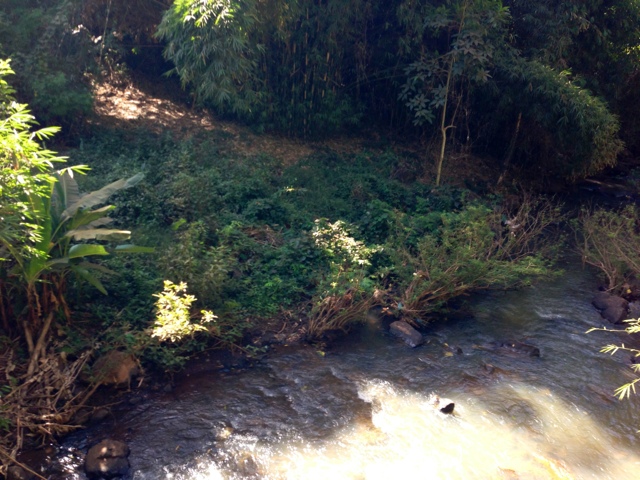 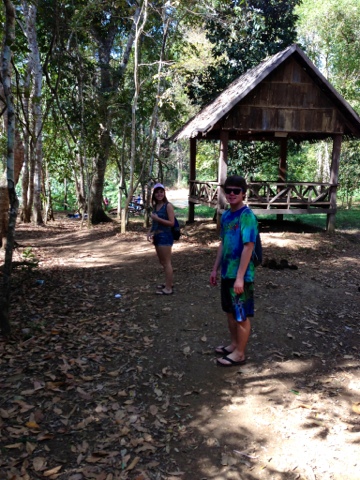 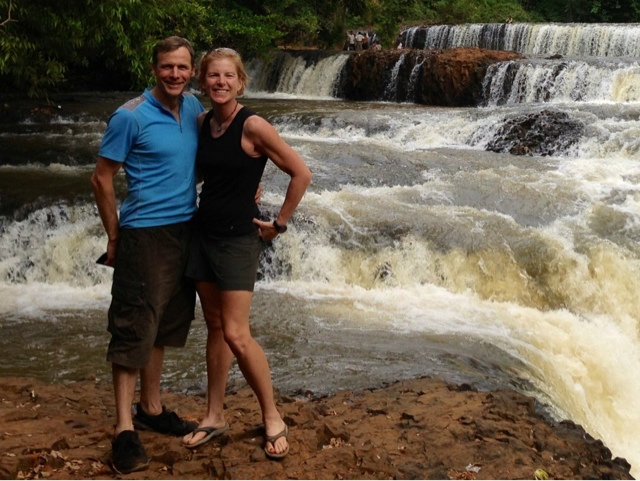 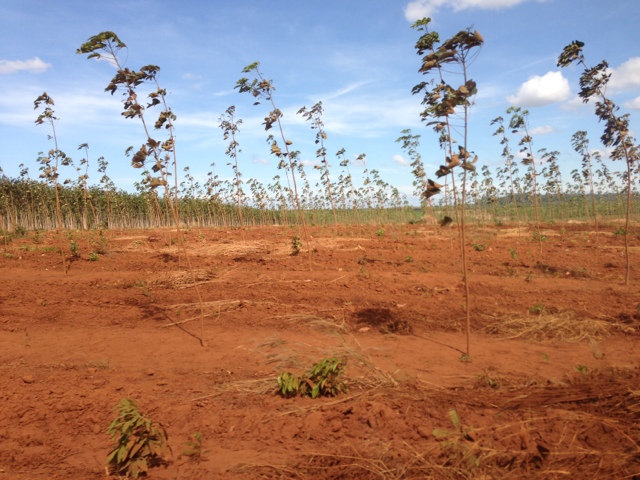 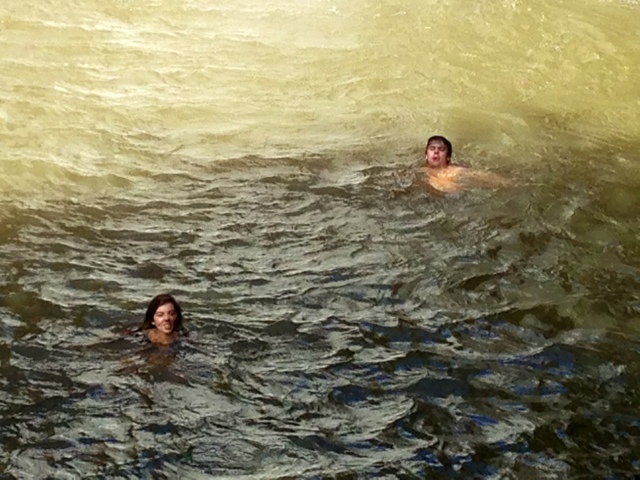 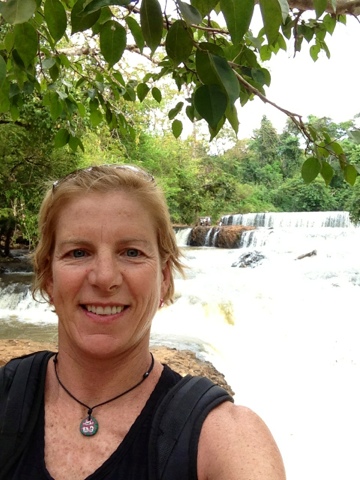