Cannot fake a Century Ride with 8900 feet of climbing 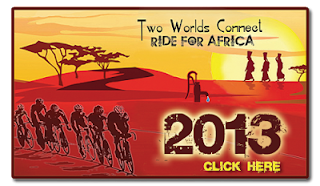 Who's great idea was it to do a Century Ride after not riding over 60 miles since March?  I am sure it was Liz's idea wait she said...."whatever I am in or out"  For some reason on Wednesday I thought this sounded like fun!  Good cause ....great ride. Let's commit.

This is a must do ride!  Not saying you have do to the 100, they have 50 and 75 mile options.  You park and roll from a cool ranch in Valley Center.  The people who run the Charity open their home to host the pre/post ride festivities.

We  all get caught up in ourselves and it was nice to contribute through the ride and a post ride donation to an amazing cause... Our current endeavor, which includes “Ride for Africa”, is to bring CLEAN WATER to the children of Africa, where many die before age 5, due to water-born disease.  After examining the issues and adversities that Africans face, providing clean water became a “no brainer” as the starting point to bringing aid since a high percentage of illness is caused by contaminated water.

In parts of Africa, people cannot live in the same place year round without a water well; thus, a village cannot thrive. The women walk up to 8 hours every day just to collect enough water for the survival of their families, leaving little time for educating their children.  In areas such as Southern Sudan, rich aquifers lie closely beneath the surface; wells can be drilled at a low cost, saving the lives of thousands.

The weather was great and we rolled a bit after 7 with about 50 others....small group which was nice but would love to see more contributing to the cause.  The ride was great for 40 miles and then we did every climb you can name in the North County.  Sleeping Indian Circle R, a freaking hell of a climb gem called Pala Mesa and Wilt Road, Old 395 to Rainbow and of Rice and Couser and somehow we did Gopher Canyon, Lilac to .... I am sure climbed 9000 ft and descended 10.  Or at least that is how I felt.

Lots of complaining by me for me.... but I had good tunes. a lot of PB/J and I sucked it up and took my out of shapenss  (I know not a word- but I made it up) for what it was.